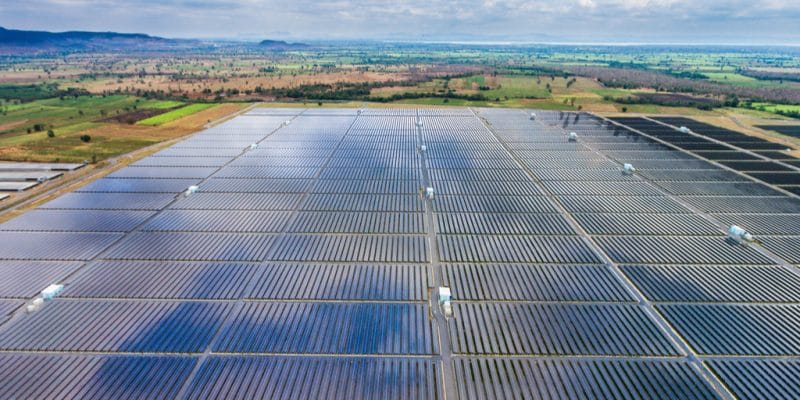 The General Assembly of the International Renewable Energy Agency (Irena) took place on Sunday, January 12, 2020, at its headquarters in Abu Dhabi, the capital of the United Arab Emirates. Delegations from the Agency’s member countries were present, including those of Togo. On the sidelines of this event, Sani Yaya, the Togolese Minister of Economy and Finance signed a financing agreement with Mohammed Saif Ghanem Al Suwaidi, the Managing Director of the Abu Dhabi Fund for Development (ADFD).

The UAE financial institution is thus lending 15 million dollars for the development of the Blitta solar photovoltaic project. It is being developed under a Public Private Partnership (PPP) by the UAE-based company Amea Power. The project will be developed in two phases. The first will allow the construction of a solar photovoltaic power plant with a capacity of 30 MWp. This facility will be operational by June 2020. The second phase of the project will provide 20 MWp.

Amea Power has already signed a 25-year power purchase agreement (PPA) with the Togo Electric Power Company. The Togolese government estimates that the Blitta solar power plant will be able to supply electricity to 600,000 homes and 700 small and medium-sized enterprises (SMEs).

The solar project is also supported to the tune of 11 million dollars by the West African Development Bank (BOAD). It will require a total investment of 20 billion CFA francs (nearly 34 million dollars). The project has several challenges: the supply of electricity to populations affected by power cuts, the diversification of the electricity mix and the strengthening of Togo’s energy autonomy.